Newsletter on Relationship Management | Published: July 20, 2015
By: Andrew Sobel
Send to a Friend

Reframing is the art of identifying the right problem, the total problem, and the total solution. It is one of the most powerful techniques available for making your work more strategic to your clients and, often, broadening your engagements.

In this two-part article series, I take you through a comprehensive set of strategies for reframing to achieve maximum impact on your clients’ business. I cover four areas: In part I of this article, I set out a series of reframing principles and then shared four “expansive” or incremental reframing strategies. Here’s a brief summary of those:

Now, in this second article, let’s look at a more radical approach. 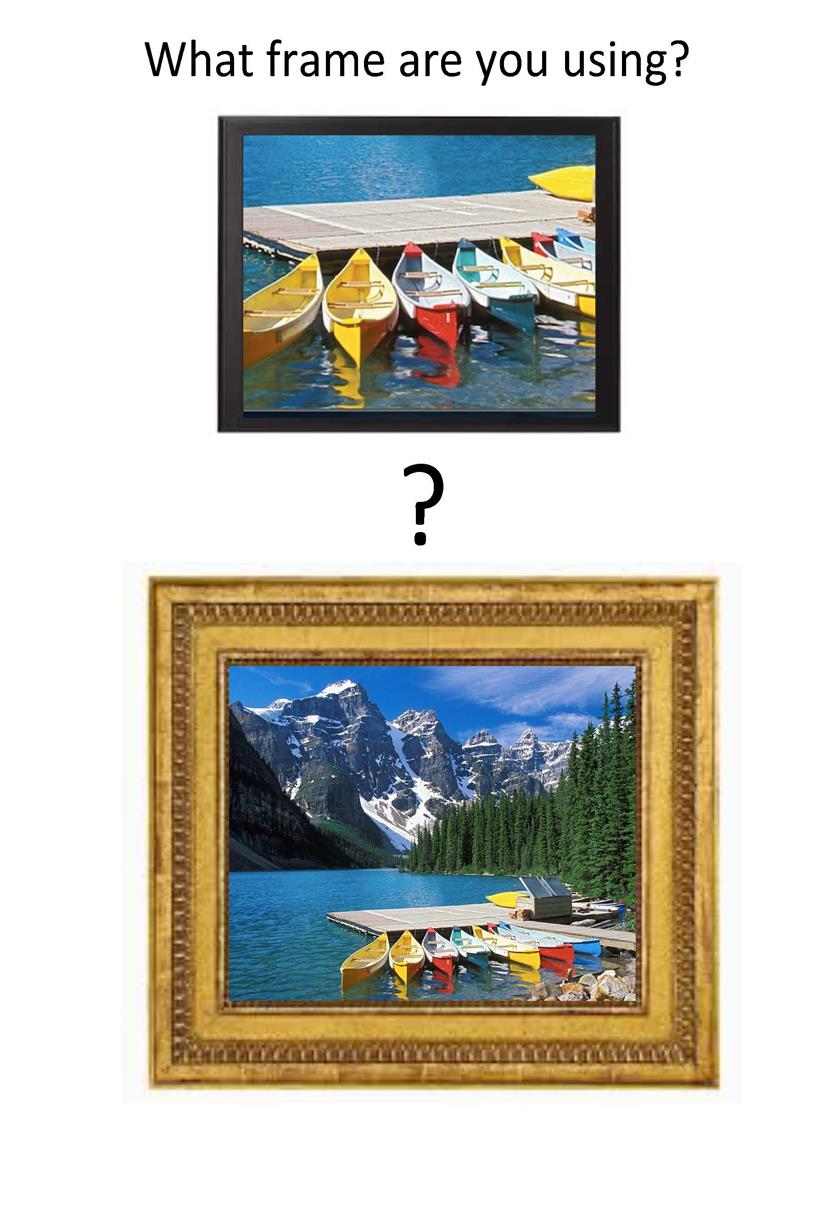 All of the previous reframing strategies are aimed at what I would call incremental or gradual changes and improvements to your client engagement. That’s why they are called expansive—they help you expand and broaden the canvas you’re painting on with the client. There are also, however, more radical reframing options you need to be aware of.

There are five principle techniques that will help you create a potentially radical reframing:

1. Highlight opposites. Earlier in my career, when I was a senior partner with Gemini Consulting, one of our top business developers met with a senior executive at a major telecommunications company. This was during the early 1990s when “reengineering” was the rage. The executive was polite, but told him firmly, “We are all set with our reengineering program, and we’re going to work with several large consulting firms to implement it.” My colleague became quiet, looked at the window, and then turned to the executive and said, “We used to do reengineering.” The client was stunned and even a bit angry. “What do you mean? ‘Used to?’ Explain yourself!” He was suddenly fully engaged in the conversation, and my colleague explained that we had developed a new approach that took into account the need to use new technology, enhance people skills, and so on—one that captured far more benefits than reengineering alone. The result? We won a $30 million engagement spanning several years.

The point is, my friend reframed “New” as “Old.” He reframed by highlighting the opposite: “What you thought was new is already old.”

Other examples of highlighting opposites could include:

2. Reprioritize. Sometimes, your client wants to do something that is not actually a priority. So the reframing takes place by showing them that by clarifying their priorities, they should no longer be focused on the original project or they should approach it quite differently.

When I lived in Europe, a client that was an Italian state-owned company asked my old consulting firm to do a project to restore their UK subsidiary to health. My UK team dug in and came up with a plan to make the UK business grow and be highly profitable. But it would require a massive consulting project that was going to cost a large amount of money—over a million dollars.

I went back to the client, and arranged to have a discussion with the government shareholder. It turned out that creating a highly profitable UK business was simply not a priority. What they really wanted was a UK business that would not lose money and draw attention from the government.  They wanted their risk lowered, not a high return. The lower-level client in the company itself had not understood the shareholder’s real priorities and goals. This resulted in a radical reframing of what needed to be done.

Although the new project was smaller than originally projected, the resulting trust that developed was essential in growing the relationship over the long term. Whatever fees we gave up by doing a smaller but appropriate project were won later on as the account grew in size.

3. Assumptions. There are always a set of assumptions that underpin a client request, and sometimes, they are wrong. Years ago I worked on a team that was consulting to the government of a South American country. My sub-group was assigned to review the copper mining industry in the country. The plans all looked great—the various companies involved in copper mining and smelting were all projected to become highly profitable in a just a few years. And in fact, they wanted us to help them put together a growth plan that included acquiring more mines, making acquisitions, and so on.

Not surprisingly, everything in their plans depended on one big assumption: The price of copper. Our team didn’t challenge their price forecasts very strongly, but the partner in charge of the overall project ripped it apart and demonstrated that it was a highly unreliable forecast. The real project was not to expand the various companies’ activities but rather to restructure the entire sector and dramatically reduce costs due to what were likely going to be falling copper prices.

You have to ask your client: What are the key assumptions underlying your plans for this area? And then, you have to politely and diplomatically engage the client in a discussion about them, challenging where merited. The result may be that you define a very different solution than what was initially proposed by the client.

4. Root cause. Sakichi Toyoda of Toyota told his engineers that if they asked “Why” five times, they would discover the root cause of any quality problem—and usually, the solution. Getting to the root cause of a client’s problem is therefore a very good way to reframe what is required. Not infrequently, I’ve had companies call me and ask if I could help them reorganize or train a particular group of executives. But, it turned out the root cause of the problem was very different than what they had thought. A sales training program is pointless, for example, if product quality, on-time delivery, or post-sale customer service are severely lacking.

I often ask clients, “What specific behaviors would you like to see occur? In other words, what do you wish your people would do more of in order to achieve the results you seek?” Then, I also ask, “What’s getting in the way? Why aren’t they doing those things?”

5. Inconsistency of beliefs. One of the best ways to change someone’s point of view is to show them that their own beliefs are internally inconsistent and the new framing eliminates that inconsistency. Here’s a simple example: I was asked to do some work for a company whose mission and values talked at length about always acting in a “customer centric” way and “putting customers first.”  They also highlighted the importance of realizing “the full potential of each employee.” Yet, they weren’t doing these things in practice. A countervailing set of beliefs drove them to underinvest in the business and emphasize short-term profitability over long-term investment in people and relationships. Pointing out this inconsistency didn’t get them to change all their inconsistent behaviors, but it certainly gave them pause and it helped convince them to follow my recommendations for the project we were defining together.

Here are some useful tools to help you with both expansive and radical reframing:

Thoughtful questions that explore the client’s issue 360 degrees are one of your most potent tools to help reframe. A very simple opener could be, “What else in your organization must fall into place in order for this initiative to be a success?”

Other questions could:
• Probe higher-level business goals
• Explore cross-functional and enterprise-wide implications
• Challenge the client
• Ask about alignment with strategy and requirements for implementation success
• Explore underlying assumptions
• …And so on

A second powerful tool is metaphor or analogy. In 1940, for example, President Franklin D. Roosevelt created a powerful reframing of the need for the United States to help the British defend themselves against Nazi Germany. At the time, the US congress was isolationist and did not want to get involved in the growing European conflict. The British were under siege from Hitler’s bombing campaign, however, and desperately needed American help. A series of laws passed after World War I had put many restrictions on armament sales to foreign governments. At a news conference, Roosevelt said, in referring to the need to help the British, “If your neighbor’s house was on fire, wouldn’t you lend them your garden house to help put it out?” Everyone understood exactly what he was saying. FDR’s garden hose speech helped engage public opinion around the need to help our British “neighbors” and led to Roosevelt proposing the Lend-Lease program, which got desperately needs arms to the British and circumvented the restrictions.

The use of well-chosen client examples can be a powerful testimony to the validity of the new “frame” you want to propose. Can you describe how another client of yours had the same problem, but successfully approached it in a very different (and more thorough) way?

Where you sit is often where you stand. Any given corporate manager will define problems from their own particular perspective—and that will often lead to the challenge being underestimated. Your job is to ensure the right problem has been identified and the best, highest-impact solution is being pursued.

You can grab a small piece of business quickly by simply accepting the client’s framing. Or, you can work with your client—patiently, respectfully, and diplomatically—to help define the best and most appropriate solution. When this is done well, the client will be happier and you will ultimately have a higher-impact relationship.