11 Relationship-Building Pitfalls That You Must Avoid

Newsletter on Relationship Management | Published: November 2, 2012
By: Andrew Sobel
Send to a Friend

11 Pitfalls to Avoid in Client Relationships

Experience is the best teacher, and that’s why the tuition is often high. Here are 11 common pitfalls that professionals fall into when advising clients. I’m personally quite familiar with these mistakes because I’ve made most of them at one time or another in my career!

At best, falling into these pitfalls will waste your time, and at worst they could provide you with a very painful experience. Avoid them at all costs. 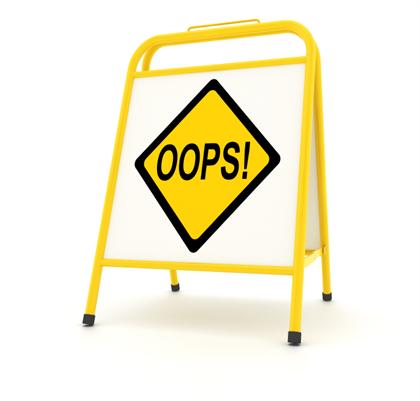 The right client is the individual who owns the problem at hand, can act on your recommendations and/or engage your services, and can authorize your fees. In a large organization, there may be several executives who jointly fulfill these roles. Ask yourself: Have you met and developed a relationship with the economic buyer? Does your immediate client have the power to implement your recommendations? The “wrong” client can also be one that is a poor prospect for a productive, long-term relationship with you or your firm—a client whose characteristics don’t fit your target client profile.

The great client advisors I’ve studied constantly ask themselves: Am I working on the right problem? Have I defined the problem correctly? Large corporations, for example, endlessly reorganize under the assumption that the current organization structure is not working well. Yet very often the problem lies elsewhere—personality conflicts, executives who refuse to work together as a team, bloated costs, poor information systems, etc. “She helped to redefine the problem” is one of the most praiseworthy things a client can say about their advisor.

Don’t kid yourself that just because a client asks you for your advice, you’re the right one to give it! I have known management consultants who opine on psychiatric disorders, salespeople who fancy themselves as executive coaches, and investment bankers who put themselves forth as organizational strategists when they ought to stick closer to corporate finance. One of the best ways to earn respect and trust from a client is to be honest about your capabilities and to recommend other qualified professionals if you’re not the right person for the job. Telling a client, “I’m not the best person to work on this issue–let me recommend several resources for you,” is a powerful way of building trust.

Advisors sometimes invoke the name and authority of their client to obtain respect and support in the organization. At other times the client executive himself may use the expertise and opinion of the professional advisor to shore up his own position. This practice can seriously undermine both client and advisor. President Richard Nixon and Secretary of State Henry Kissinger, for example, both encountered this pitfall. Nixon would tell people, “Henry thinks that . . .” or, “Henry strongly believes such-and-such,” mentioning the name of his brilliant advisor in order to add weight to his own words. Kissinger, in turn, would try to bolster his own power by constantly saying, “The president is fully behind this” and “This comes directly from the president.” If you’re an external advisor and you try to exercise authority in an organization based on your relationship with a top executive, you’ll quickly become very unpopular.

5. Too Much Bad News

The late bestselling author and renowned strategy advisor C. K. Prahalad pointed out to me in a conversation that clients have a limited “bandwidth for bad news.” He said, “Very few executives have the stamina and ability to constantly push, year after year—former General Electric CEO Jack Welch was unique in this regard. When they get towards the end of their tenure, their bandwidth for bad news diminishes substantially. It’s at the beginning, when they are receptive and open, that you can have the most impact.” A corollary to this is that you shouldn’t always emphasize your client’s personal weaknesses and how they need to be shored them up—you should focus on how your client can further develop and leverage their strengths.

This is one of the most common complaints I get from the senior executives I interview.  One CEO told me, “When you walk into my office, focus on showing me what value you can bring to my organization, and on understanding our issues. But don’t try to get my business right away. Too many people try to sell me something immediately, and it’s a red flag. Show me that you know your stuff and are interested in building a relationship.”

Underselling yourself and your offerings is also a mistake. A “relationship only” approach, where you just try and build a friendship with your client and schmooze with them, is not a winning strategy today. Clients often don’t know what is possible. You can do them a real service by showing them that there are solutions they didn’t know existed or didn’t believe really worked. If a client has a need, and you believe you can help, you owe it to both of you to enthusiastically and thoughtfully explore that need and share your solution. You also have to be persistent. One senior executive told me, “Just because what you have to offer or want to talk about doesn’t resonate with me this week doesn’t mean you shouldn’t be persistent and come back at me a few times. In a few months, as my priorities evolve, your message may be just what I’m looking for.”

Sometimes the personal chemistry between advisor and client is just plain lousy. You may have conflicting values, or your personalities and style may be so different that you clash on even the smallest issues. You will also occasionally find some clients who are just nasty or unethical. You don’t have to stay in a relationship that’s dysfunctional, uncomfortable, or just plain bad.

Just as it’s a mistake to ignore the economic buyer, it’s a mistake to ignore the seemingly “less” important executives. Mayer Rothschild, the founder of the Rothschild banking empire in the early 19th century, was an assiduous relationship-builder, and even though he hobnobbed with kings and queens, he treated everyone with equal gravity. Wrote one of his sons, “When he had occasion to apply to an inferior or a man who had little power to assist him in carrying an object he had in view, [Father] spoke with the person as if the whole depended entirely on him, though perhaps he knew he had but the smallest possible influence in the business.” Recently, a top investment banker told me about how one of his competitors had a relatively junior staffer literally camp out in the office a “lowly” assistant treasurer in the client’s organization. The competitor won a major transaction because of this relationship—it turned out the assistant treasurer had wide latitude in choosing bankers, a decision that everyone else had thought was solely the province of that client’s treasurer or CFO.

“Everyone who walks in that door over there,” Franklin Roosevelt once said to a visitor, pointing to the door of the Oval Office, “wants something out of you.”  Indeed, I’ve heard this refrain from literally hundreds of executives. Clients can smell someone a mile away who is self-interested and working their own agenda. You should walk in your client’s office and focus on only one agenda—his or hers.

Many professionals tell their clients exactly what they want to hear. They lack integrity, conviction, and independence. Crowd-pleasing reminds me of the joke about the wildlife biologist who goes to a small town in the Rockies to study mountain lions. In the general store, he asks the clerk if he’s ever seen any mountain lions around the town. “Absolutely not,” the clerk replies, seeking to reassure the stranger.
“That’s too bad,” says the biologist. “I’ve come out here from Boston to study them, and was hoping to stay awhile.”
“Actually,” the clerk tells him, hoping he’ll stick around and spend some badly-needed tourist dollars, “I saw a big one just last night near my house.”

A variation of this pitfall is being a crowd-follower. I remember a time in the early 1990s when “culture change” and “vision” were all the rage, and every consultant alive seemed to be talking to their clients about how to galvanize their organization to accomplish big things. And every one of them was telling the exact same story to “hook” their clients’ interest. It’s the one about how John F. Kennedy set a bold vision to land a man on the moon by the end of the decade of the 60s. The story always ended with the consultant, his face earnest and animated, telling the potential client, “And even the garbage collector in a small town in Illinois knew about that vision and was behind it…” I heard that from five or ten different clients who had all been pitched the “JFK vision” story. They were not impressed, to say the least.

Andrew Sobel helps companies and individuals build clients for life. He is the most widely published author in the world on the topic of business relationships, and his bestselling books include Power Questions, All for One, Making Rain, and Clients for Life. His clients include many of the world’s leading companies such as Citigroup, Hess, Ernst & Young, Booz Allen Hamilton, Cognizant, Deloitte, Experian, Lloyds Banking Group, Bain & Company, and many others. Andrew’s articles and work have appeared in publications such as the New York Times, USA Today, strategy+business, and the Harvard Business Review. He spent 15 years at Gemini Consulting where he was a Senior Vice President and Country Chief Executive Officer, and for the last 15 years he has led his own consulting firm, Andrew Sobel Advisors.

He can be reached at andrewsobel.com