Our business culture prizes smarts, expertise, and drive. Nothing wrong with that—these qualities are pretty important. As a consequence, however, many of us assume that these very same qualities create personal loyalty. They don’t.

People root for you when they feel what I call “emotional resonance.” It’s when they’ve gotten to know you on a more personal level. When they’ve seen that you can be vulnerable–and been vulnerable themselves. When the two of you have shared your feelings, not just your thoughts.

Until a client gets to know you as a person—not just as a professional—they will have a limited loyalty towards you. This explains why it’s hard for people to fire their personal physician or financial advisor, even if they don’t like the job they are doing. 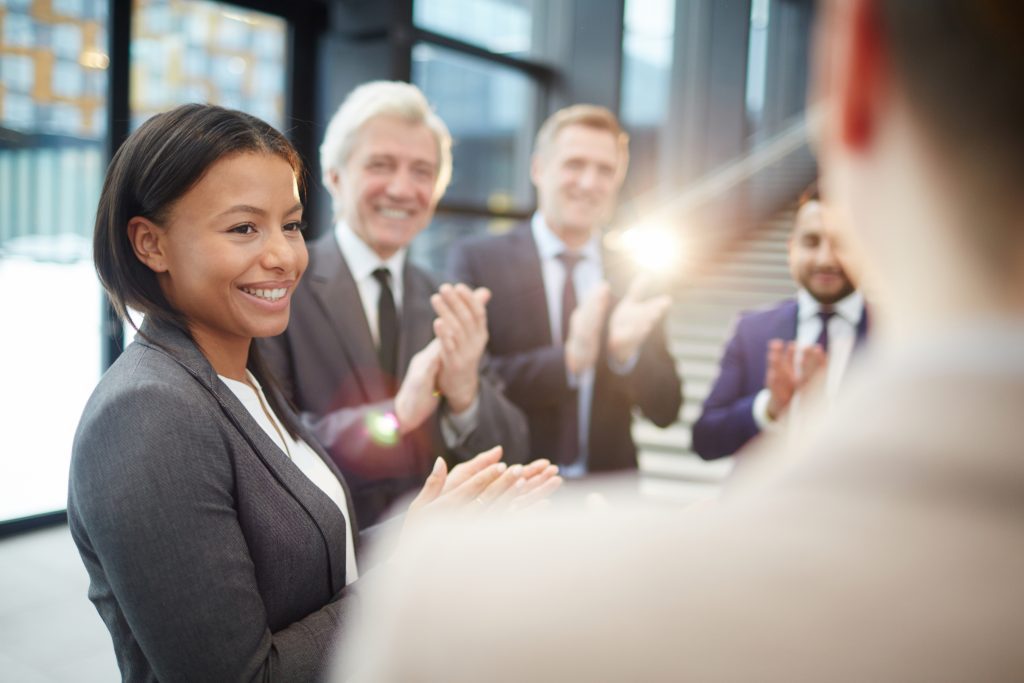 A great historical example of this is Richard Nixon’s famous “Checkers” speech. It was delivered on September 23, 1952, a few weeks from the US presidential election. Former General Dwight D. Eisenhower, the Republican nominee, was about to dump Nixon as his vice presidential running mate because of a growing controversy over Nixon’s use of campaign funds.

Nixon chose a high-risk strategy. He decided to go directly to the American people on television and plead his case. 60 million Americans watched as he began the speech of his life.

“I come before you tonight as a candidate for the Vice Presidency and as a man whose honesty and integrity has been questioned,” he began. He continued: “The best and only answer to a smear or to an honest misunderstanding of the facts is to tell the truth. And that’s why I’m here tonight.”

Nixon went on to provide a great deal of information about his campaign finances. He also shared intimate details about life. He talked about his wife, Pat, who was sitting near her husband’s desk, looking at him adoringly.

“I was born in 1913,” he continued. “Our family was one of modest circumstances, and most of my early life was spent working in a grocery store. It’s all the family had.”

“I worked my way through college and law school. And then in 1940, I married Pat, probably the best thing that ever happened to me.”

Finally, the coup de grace that solidified the emotional resonance of Nixon’s speech: Nixon admitted his family received a gift from a political admirer. But it wasn’t what people were expecting to hear:

“We did get a gift, a Cocker Spaniel puppy. And our little girl Tricia, named it ‘Checkers.’ And you know, the kids love the dog, and I just want to say this, regardless of what they say about it, we’re gonna keep it.”

He ended his speech with an act of extreme vulnerability. He turned his fate over to the viewers, saying, “Wire and write the Republican National Committee whether you think I should stay on [the ticket] or whether I should get off. And whatever their decision is, I will abide by it.”

The reaction to Nixon’s emotional appeal was extraordinary. Enthusiastic crowds surged around him at the entrance to his hotel. Eventually, over four million cards, letters, and telegrams were sent in response to the speech. They ran 75 to one in favor of Nixon remaining on the ticket with Eisenhower.

Historians say the speech cemented Nixon’s support from middle Americans for the rest of his political career. With doubts about Nixon put to rest, he and Eisenhower swept the presidential election and the Republicans took over the White House in January 1953.

Nixon’s “Checkers” speech demonstrated an essential principle of Relationships: Vulnerability is power. When you are emotionally vulnerable, it allows people to connect with you. They root for you. They want to help you. It can create a powerful bond.

I’m not talking about sharing all your insecurities with clients, or constantly wearing your heart on your sleeve. That’s excessive. Studies have clearly shown, however, that self-disclosure is a major driver of likeability, as is the feeling that you share things in common with the other person. How likable can you be if you never let your guard down and always keep your cards close to your chest?

Do we also value emotional vulnerability at work? Can it improve your professional relationships? Sure. Here’s an example:

A large corporation told a client I advise that they would not renew a large, three-year contract. My client traveled to see them and spent a whole morning—to no avail—trying to persuade the company to renew the contract.

My client, overwhelmed with frustration, wrote an email to the company that had pushed them aside. He reviewed the history of the relationship and reiterated his commitment to address all of the issues that had been raised. At the end of the email, he wrote four simple words:

“Can we start over?”

The next morning, the reply he received was, “We’ve reconsidered. Yes, let’s start over.” They awarded my client a new, three-year contract that was larger than the first one.

If you never reveal yourself, your relationships will never reach the levels of trust and intimacy that are needed for deep friendship in your personal life and partnership at work.