Evolving Your Songs: The Beatles Principles – #1

Innovation at the Intersections

Sir George Martin, the Beatles’ producer, passed away this week (see NY Times Obituary here). He was a gifted classical musician who did an extraordinary job of drawing out the Beatles’ innate musical ability and creativity while also providing some structure and guidance for their song writing.  He was also the only producer to recognize the potential in the young Beatles, while other record companies passed on them. Interestingly, he later said, “Their music wasn’t actually very good at the time. But there was something about the four of them and their personalities that was appealing.” They were barely 20 years old, but Martin recognized their playfulness, charm, irreverence, and the way the personalities of Lennon, McCartney, and Harrison powerfully meshed in a complementary way (Ringo had not yet joined the group). 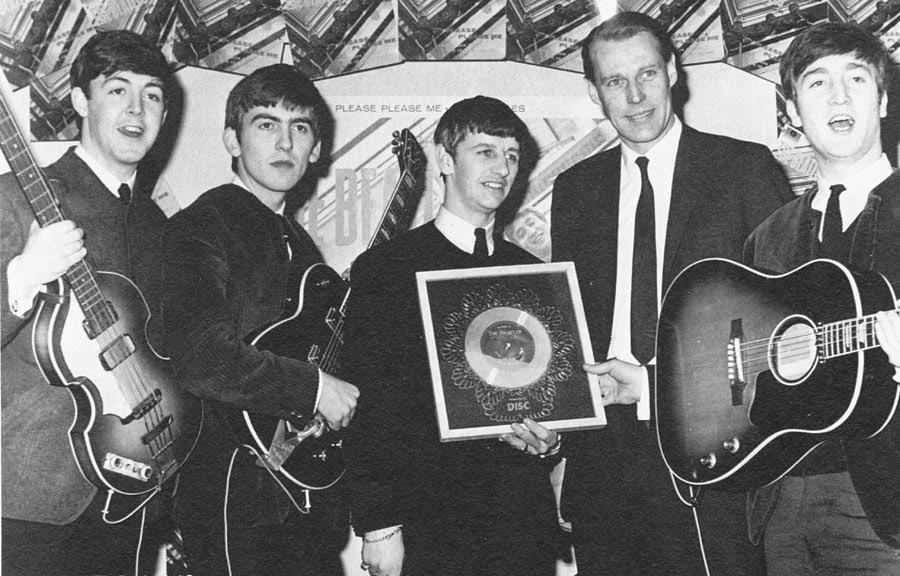 Innovation often occurs at the edges of things–at the intersection of markets and ideas, and the Beatle’s music reflected this type of cross-genre innovation in many respects. First, the Beatles themselves were voracious listeners who absorbed everything they heard on the radio and on records, processed it, and then turned out their versions. They effortlessly integrated rock’n’roll, folk, pop, latin beats, Indian music, jazz, show tunes, and many other influences into their world-beating songs. Second, Martin contributed his own deep knowledge of classical music and arranging. He introduced the idea of a string quartet for songs like Yesterday and Eleanor Rigby, and even added his own harpsichord solo in the middle of John Lennon’s “In My Life.”

I’ve studied the Beatles for over a decade, trying to understand what drove their success (I’m also a professionally-trained guitarist). In the process I’ve developed a number of “Beatles Principles” that I teach in a workshop for my corporate clients. Here’s the first one.

Most rock groups produce essentially the same type of songs, over and over again. The Beatles’ secret to maintaining and growing their audience over time was the incessant evolution of their music, along a multitude of dimensions, from album to album. They developed different song themes, new genres, innovative arrangements, unusual instruments, and original recording techniques. Starting from simple, rocking love songs like “I Want to Hold Your Hand,” they moved on within two years to the spine-tingling “Eleanor Rigby,” eventually capturing the hearts of our parents and even grandparents with songs such as “Yesterday” and “When I’m 64.” To the traditional rock ‘n’ roll vernacular they introduced Indian instruments, like the sitar (“Norwegian Wood), the use of 3/4 time and mixed time signatures (“Lucy in the Sky With Diamonds”), a string quartet (“Yesterday”), entire orchestras (“A Day in the Life”), electronic feedback and distortion, and more. Due to its continuing freshness, no one ever got tired of the Beatles’ music, and their customer base—their fans—grew ever larger.

They would never, in short, have achieved their extraordinary success if they had done what most rock groups do, which is to sing their early hits over and over again!

Beatles Principle Number 1: Evolve your songs every year and bring the same level of new ideas, new perspectives, excitement, and enthusiasm to your hundredth meeting with a client that you brought to the first.