The Wisdom of Maimonides: Relationships With a Transcendent Purpose

At the wedding of a dear friend’s daughter this summer, Rabbi Ira J. Schiffer performed a moving ceremony. Rabbi Schiffer, who is an associate chaplain at Middlebury College, based his talk on Maimonides writings. Maimonides was a medieval Jewish philosopher whose is considered one of the leading rabbinical thinkers in history. 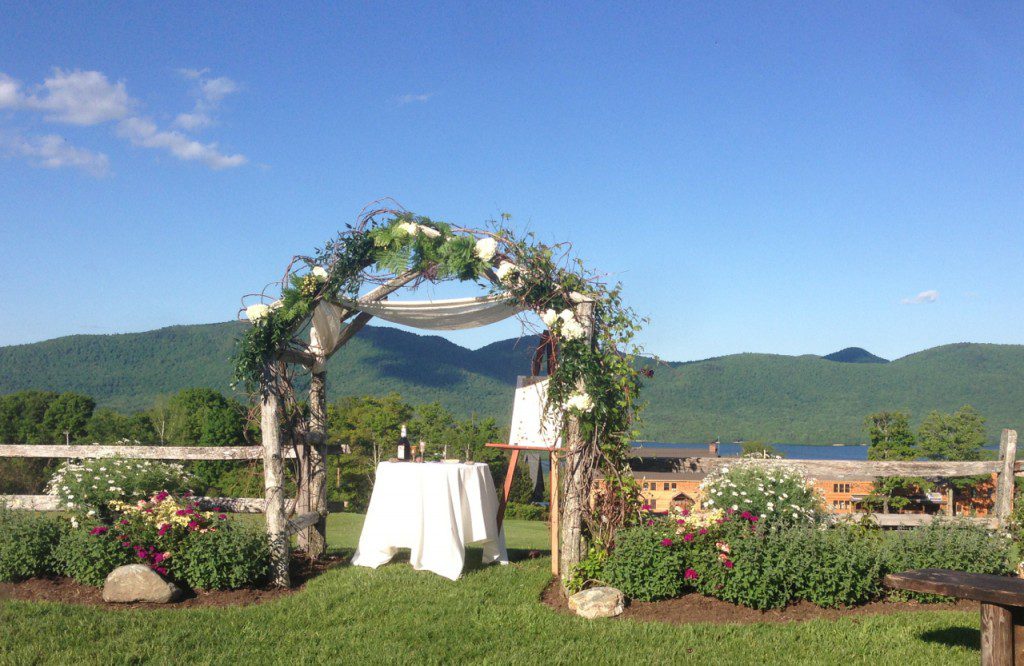 The scene before the arrival of the bridal party

You may have heard of Maimonides and the Eight Levels of Giving. He discerned eight types of giving, from most to least desirable. For example, one of the highest levels of giving is to give money or a gift anonymously to an anonymous recipient, and without being asked to do so. A “lesser” (but still good) level of giving, under his framework, would be to give in your own name, when asked, to a named recipient.

Rabbi Schiffer, drawing from Maimonides and a later text by David Shapiro, set out three levels of relationships during this June marriage ceremony on a Vermont mountainside:

How you define the “higher purpose” in level three will depend on your orientation. For some, it is building the next generation. For others, it could be a sense of purpose related to John Donne’s statement that “No man is an island” and the idea that we have an obligation to help one another unselfishly. For those with a faith in God, that higher purpose is modeling your relationships after God’s love for us, and obeying his command to love your neighbor.

Is this relevant to professional relationships? I think so. Business relationships—with colleagues as well as clients—usually start out at a utilitarian level. You are just “doing your job.” Sometimes, they progress to a higher level, where you’re not just reciprocating. You feel a kinship and loyalty to those you work with. You want them to succeed—and not just because you’re getting a fee or a paycheck to act that way. And finally, sometimes, there is that sense of higher purpose that becomes a driving force in the relationship.

Interestingly, the studies show that younger professionals are explicitly looking for that third level—for a higher purpose in their work and in their professional relationships. And, as Baby Boomers and Gen Xers age, they are also increasingly seeking a greater sense of meaning.

Where would you put your relationships with friends, colleagues, and clients? Are they back-scratching arrangements? Or is there a commitment to a shared, higher-level purpose—to something larger, possibly even something transcendent?