In January of 1941, President Franklin D. Roosevelt invited Wendell Wilkie, who had lost his own bid for the presidency the year before, to visit him at the White House. Sitting in front of the fireplace in the Oval Office, Wilkie steered the topic of conversation to Harry Hopkins, who was Roosevelt’s most trusted advisor.

Hopkins had been instrumental in helping Roosevelt clarify and achieve his objectives as president, undertaking sensitive diplomatic missions to meet Churchill and Stalin and providing sage counsel during times of crisis. He didn’t just give high-level advice but was action-oriented and would often help get programs that were important to the President off the ground.  Self-effacing, incorruptible, and enormously capable, Hopkins nonetheless drew fierce criticism because of his intimate relationship with Roosevelt. 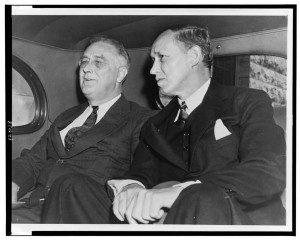 Like many trusted advisors, Hopkins’ privileged relationship with the President of the United States evoked jealously.

“Why,” asked Wilkie, “do you keep Hopkins so close to you? You surely must realize that people distrust him and resent his influence.”

Roosevelt stared directly at Wilkie and replied, “Someday you may well be sitting here where I am now as president of the United States. And when you are, you’ll be looking at that door over there and knowing that practically everybody who walks through it wants something out of you. You’ll learn what a lonely job this is and discover the need for somebody like Harry Hopkins who asks for nothing except to serve you.”

In many interviews with CEOs I’ve heard similar sentiments expressed. The head of a major telecommunications company told me, “The higher up you go, the harder it is to find people who can advise you and give you honest, unbiased perspectives on your toughest issues. Everyone is working an angle with you when you sit in my chair.”

What was President Roosevelt really talking about? He treasured an advisor who would truly work his agenda, not their own.