Today is Veterans Day, which honors military veterans who have served in the US armed forces. I want to especially honor the many members of my family who have served, notably: My father (see below), my mother, who was a nurse and Lieutenant in the US Army during WWII, our son (see below), and my father-in-law Alden Eaton, who served in the Philippines as an officer and artillery spotter.

Our son Chris recently became a veteran after serving for nearly 14 years on active duty in Air Force Special Operations as a Pararescueman (combat search and rescue). He went on multiple combat deployments. Thank you Chris for your service!

My father, Dr. Raymond Sobel, was a Major in the US Army and apparently spent more days in combat than any Army physician in the European theatre. The rest of this newsletter is drawn from one I published in 2009, after visiting him and discussing his wartime experiences. He had pulled out an envelope he had prepared and asked me to give it to our son Chris, who had recently returned from a combat deployment abroad. It contained letters he had sent home during the war and several photographs of him during the bloody Italian campaign of 1943-1945, during which there were 320,000 allied casualties including 50,000 dead. It was the most lethal campaign in the World War II European theater.

My father considers himself extraordinary lucky: He survived several years of ferocious combat as a front-line medical doctor in Italy with the US Army’s 34th infantry division. While many others died, he survived. He survived landing at the beach in Salerno, Italy, while under fire; the second wave at Anzio, north of Rome, under worse fire; Monte Casino, where, he will tell you grimly, his battalion started with 30 officers and was left with only five standing at the end; and finally being stuck on the Gothic Line near Bologna, during the horrifically cold winter of 1944 when the Germans pinned the allies—and his division—down for months in the snow. He eventually ending up walking (yes, on foot) from Rome to Turin with his unit while supervising a team of medics, getting awarded the Bronze Star for saving a man’s life during an artillery bombardment, and being promoted to the rank of Major. He is self-deprecating about his Bronze Star (“I don’t quite know why I did it—it was really stupid—running out of that church into the square where a soldier lay wounded, with artillery shells falling left and right, and dragging him inside…”); nearly incredulous that he lived while so many of his fellow soldiers died (“I’m a very lucky man to be alive today”); and proud of his service as a medical officer (“I took the Hippocratic Oath,” he told me once, “and so I never carried a sidearm even though I was required to”). While on the front lines in Italy, he noticed how the constant exposure to combat wore men down, and he wrote and published the seminal article on what is now called Post Traumatic Stress Disorder, which he entitled, “Old Sergeant’s Syndrome.” 77 years later it is still quoted in psychiatric and sociology textbooks. The article earned my father promotion to the post of“Division Psychiatrist,” the first such appointment in history in the US Army.

He (and my mother) came back safely, as did–thank God– my own son. But many made the ultimate sacrifice and did not return to their loved ones.

A sampling of assorted wisdom I collected from my dad over the years. He was tough on me, to be honest, but he did have some really pithy sayings:

My mom also served right at the front lines in a mobile surgical unit (as in MASH, the TV series), and she had a similar philosophy about worry. Whenever I was sick with anxiety over something at work, she would say, “You know Andrew, in ten years you aren’t even going to remember what you were in a state about today. It will be forgotten. But what will still matter are the really important things, like your your family and your friends.” Having grown up quite poor, living in a cold water flat in Manhattan in the 1920s, my mom also knew something about inequality–she always told me, “Just remember: The rich get richer, and poor get poorer.” She didn’t need modern economists to tell her about the real and growing barriers to economic mobility today!

Below: My mother, Alma Sobel, in her Army nurses uniform. Her mobile surgical unit followed the D-Day invasion troops from England all the way to the heart of Germany.

And below her, my father receiving the Bronze Star from his commanding general in early 1944 (the incident was in December 1943). 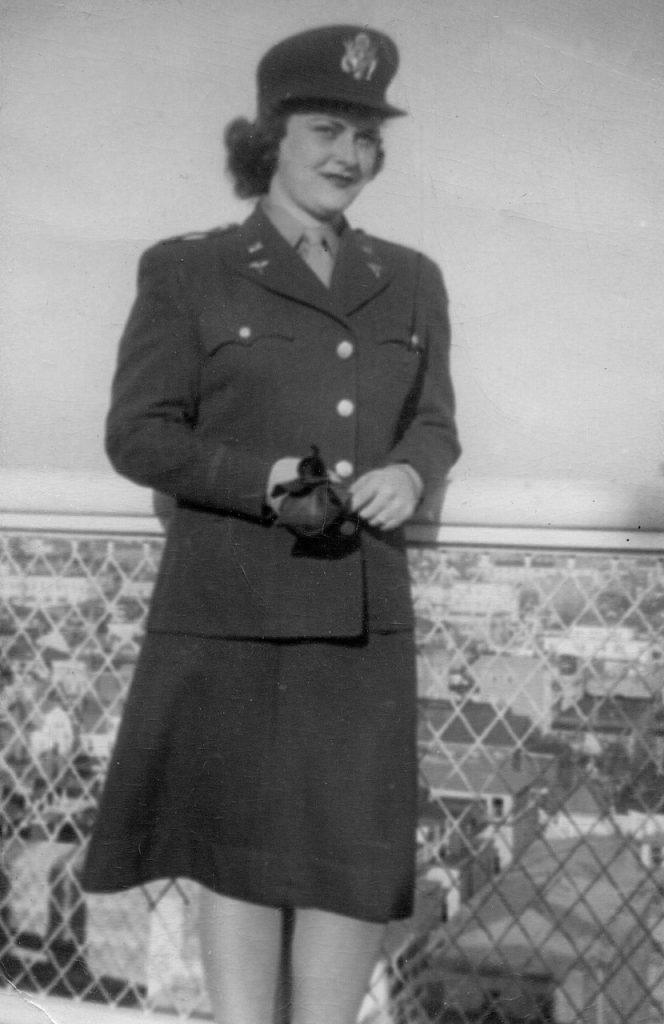 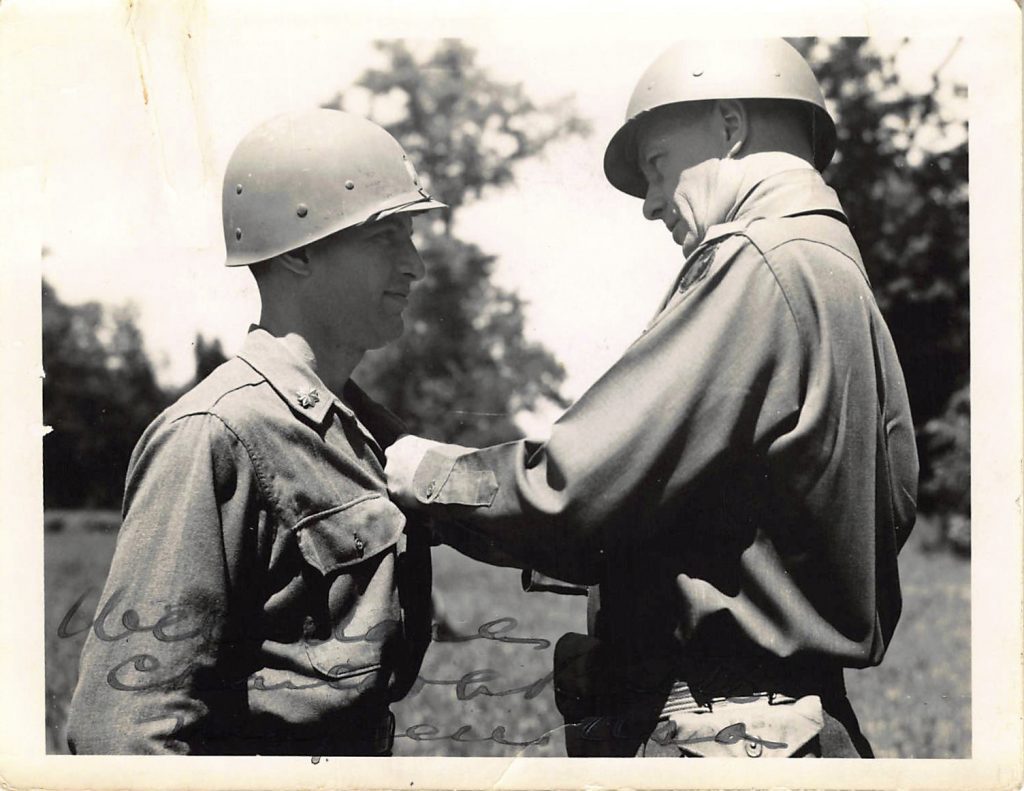 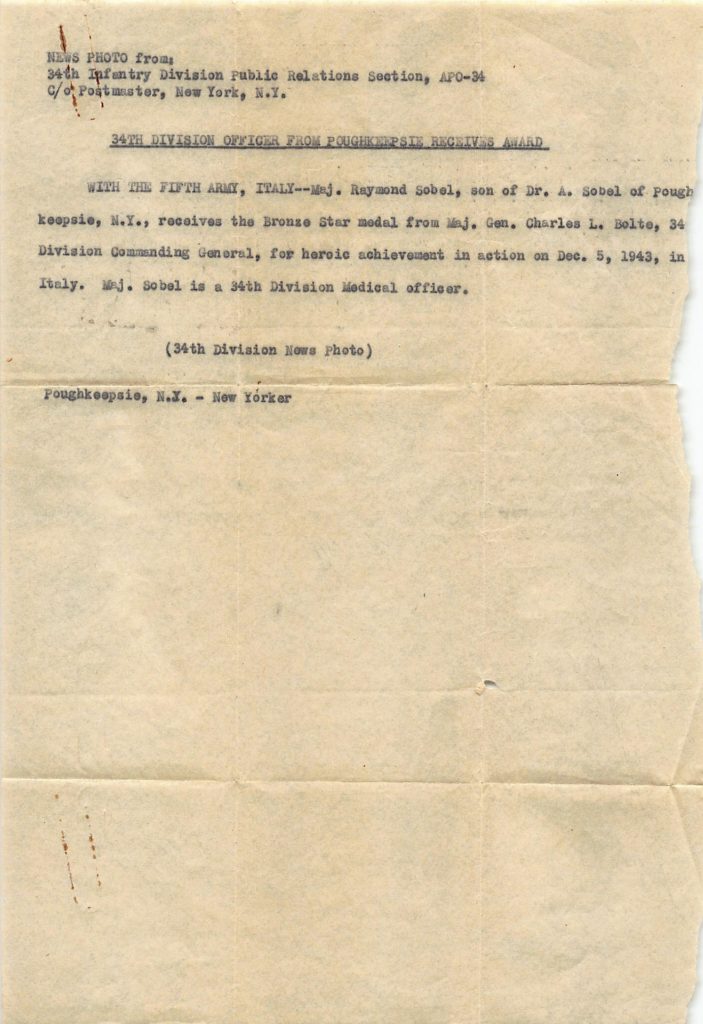